A pivotal step in getting "Blue Moon" out into the world involved New York song broker Jack Mahoney, at once widely connected and a stealth operator in the Tin Pan Alley music business of the early 20th century.

Shown below are copies of the offer letter, dated January 12, 1932, and contract for the song from Mahoney to the Troy, New York, teenager, Edward W. Roman. The documents, found in the attic, comprise a prime piece of evidence supporting Roman's authorship.

Mahoney's songwriting apex was his 1914 hit, "When You Wore a Tulip and I Wore a Big Red Rose," performed as late as 1942 in a film starring Judy Garland and Gene Kelly. In what might have been an early lesson in the era's casual approach to authorship acknowledgment, he is said to have written the lyrics for—but not credited on—the classic "Has Anybody Seen My Girl? (Five Foot Two, Eyes of Blue)."

Mahoney began brokering in 1921, setting up shop in the same midtown building, 1658 Broadway, as music publisher Jack Robbins, who, a dozen years later at MGM, would spot the commercial appeal of "Blue Moon" and vow to "plug it from one end of the country to the other."

For more interesting information about Jack Mahoney, follow this link to the Buffalo library. 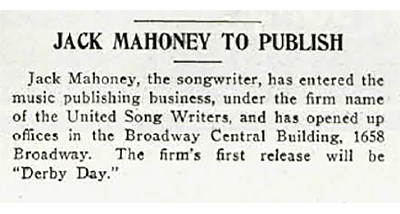 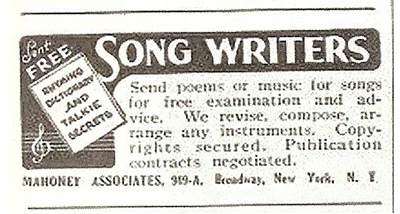 Typical ad placed by Jack Mahoney in newspapers and trade journals of the era. 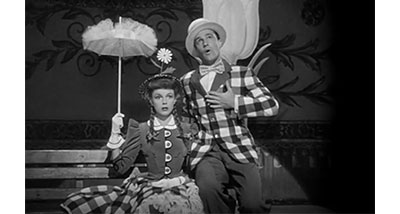 Photograph of Jack Mahoney published August 30, 1914, in the Buffalo Morning Express and the Illustrated Buffalo Express. Mahoney would have been in his early 30s. 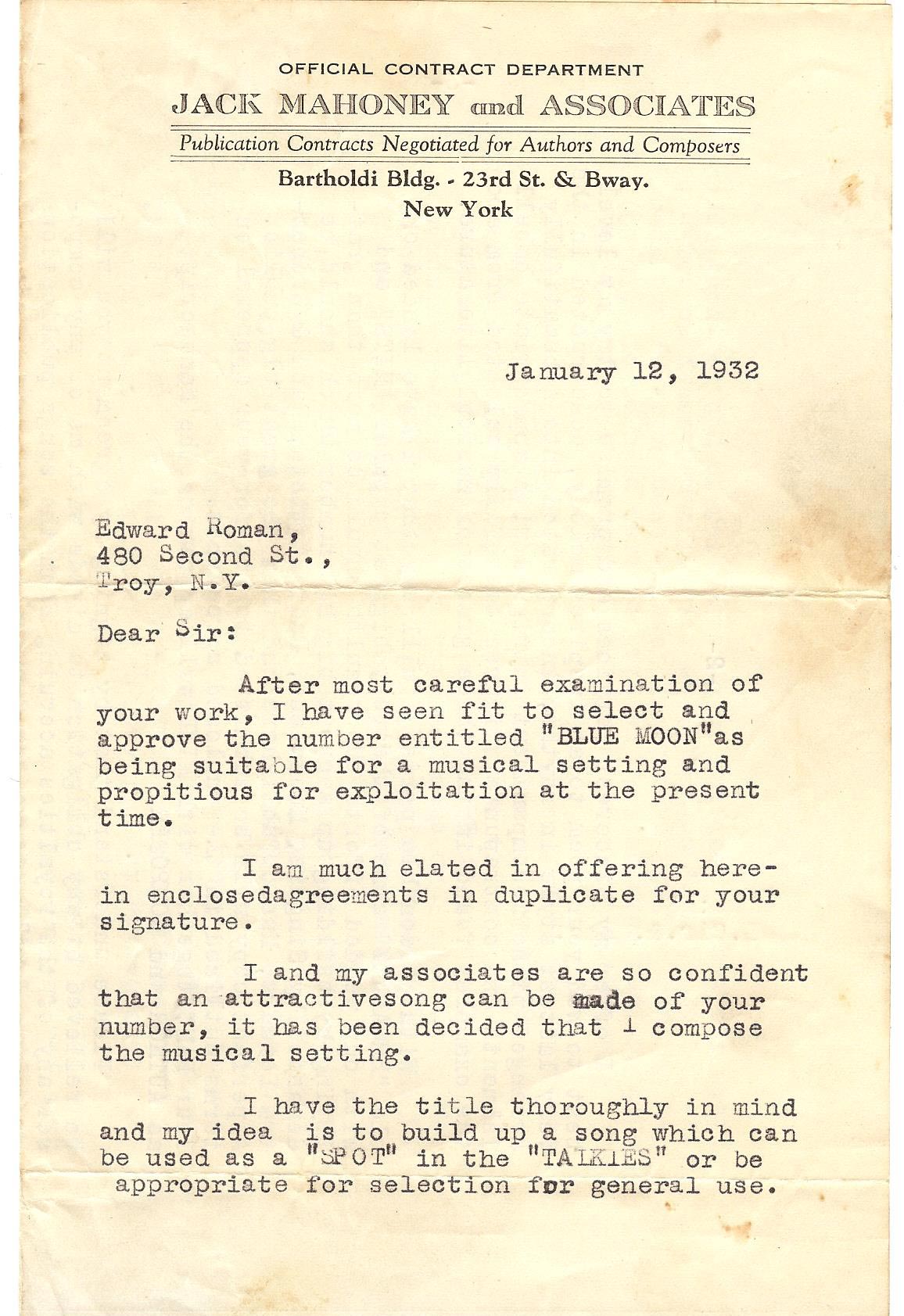 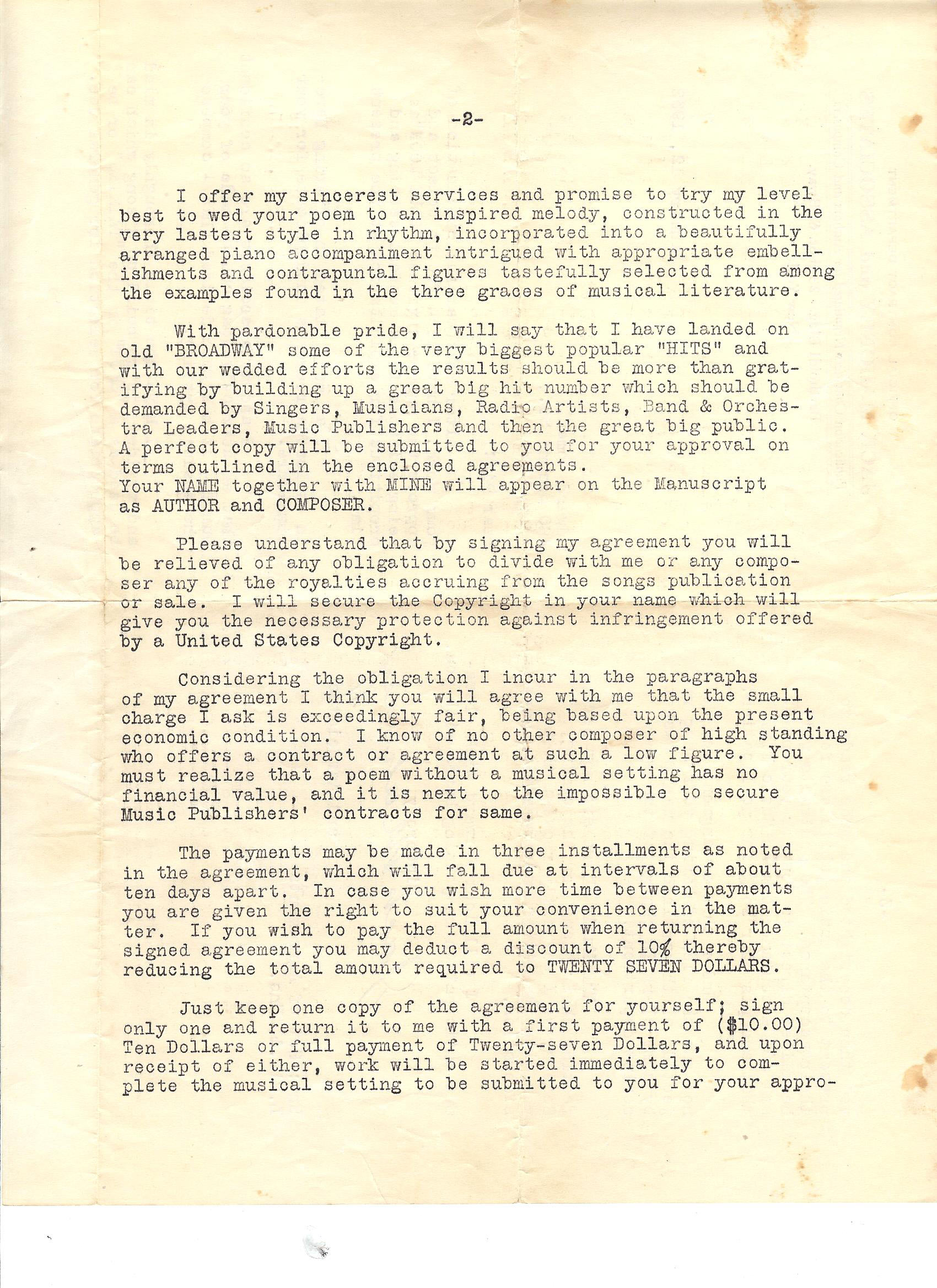 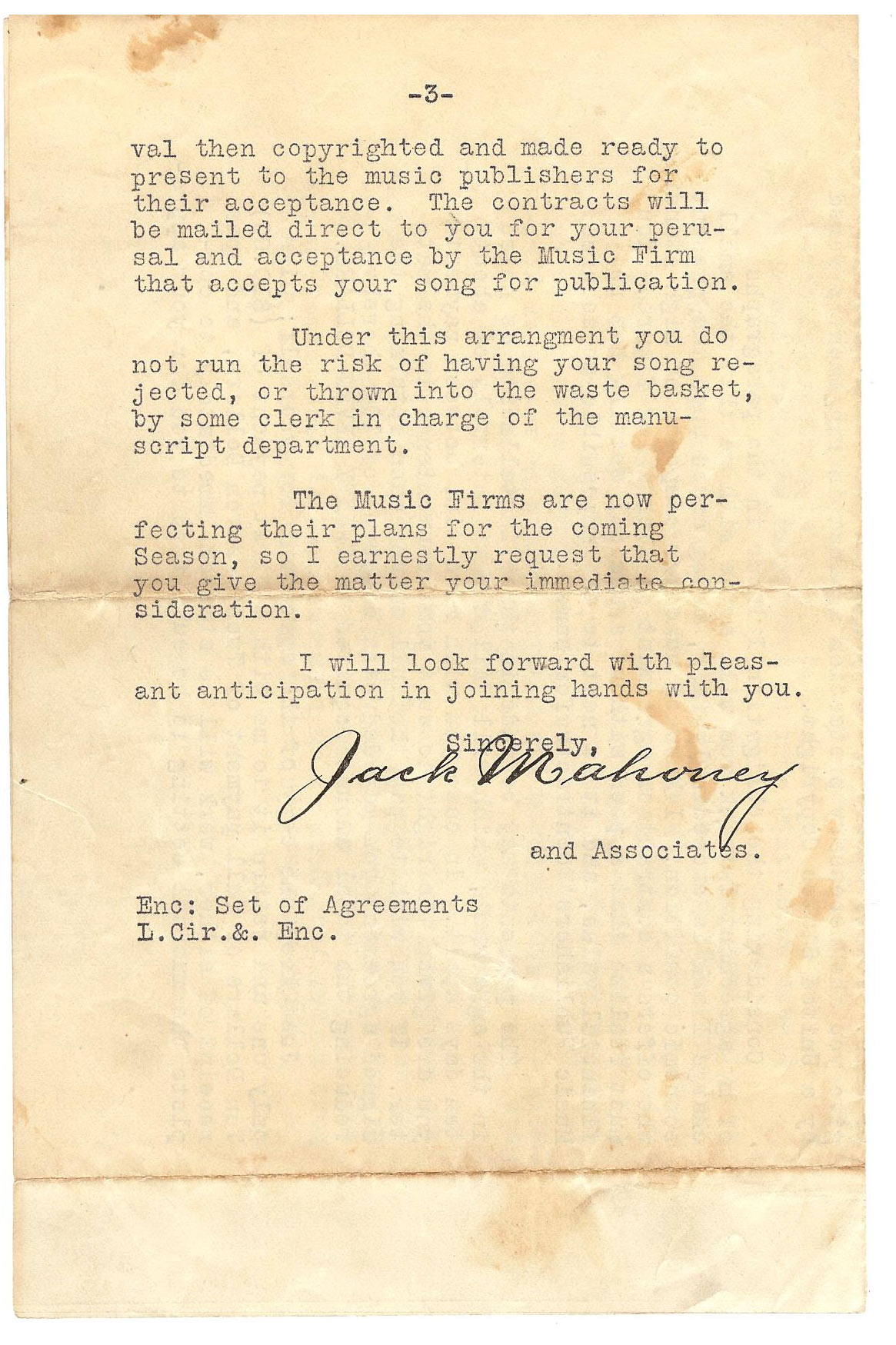 This is the first page of the January 12, 1932, letter from New York Agent Jack Mahoney. The letter accompanies an agreement contract offer for the song, "Blue Moon," written by Edward W. Roman.

The second page of the letter conveys in gushing prose Agent Jack Mahoney's assessment of the song's potential and says the copyright will be in Roman's name.

The third page of the letter, which Jack Mahoney signs with a flourish, indicates that enclosures are included that need to be reviewed and returned.

Choose An Image To Enlarge View

© 2021 Liz Roman Gallese - BlueMoonSong.org
CONTACT: This email address is being protected from spambots. You need JavaScript enabled to view it.
website by Dirt Road Web Design