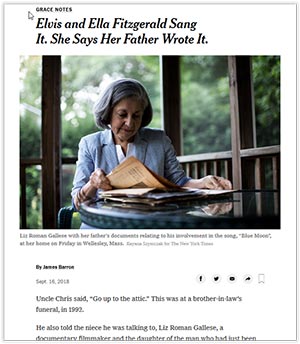 Liz Roman Gallese, daughter of the man who actually wrote the American classic ballad, "Blue Moon," was interviewed for an article in The New York Times about her newly released documentation, which shows that the song, "Blue Moon," was composed by her father, Edward W. Roman, around 1931. 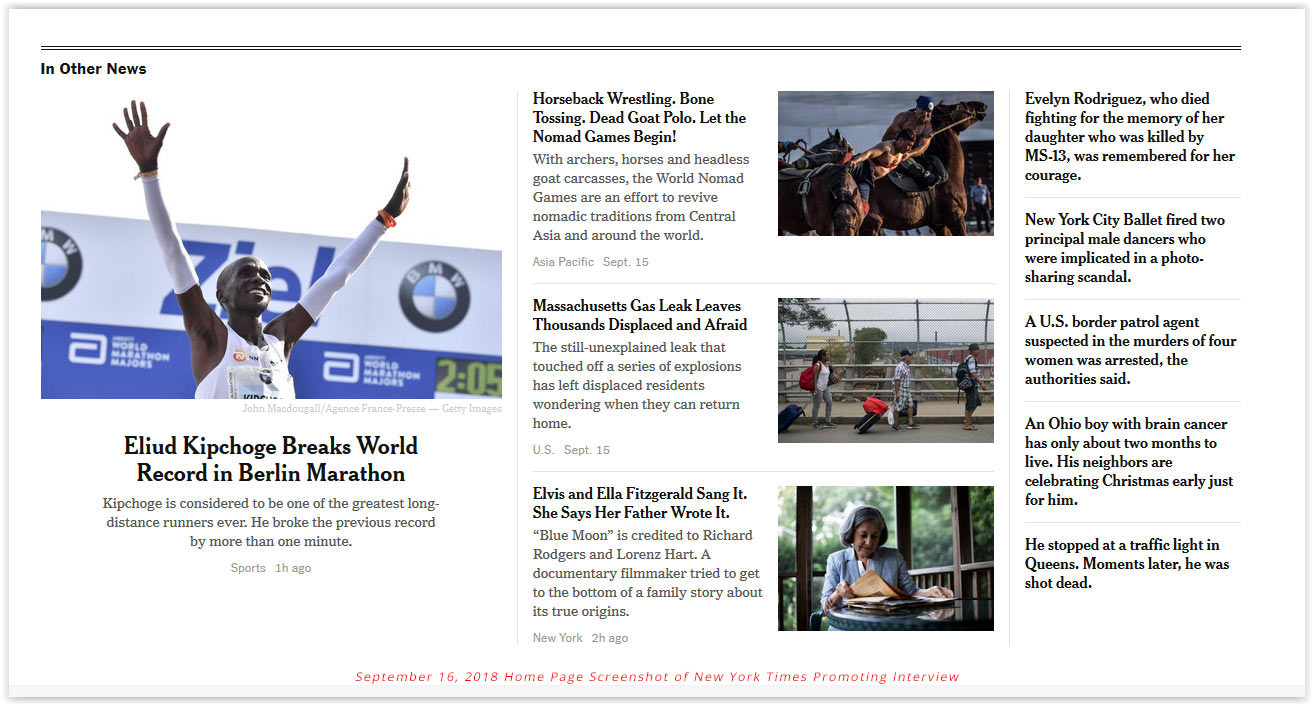